Chat about anything two-wheeled (or one or three) or generally relating to Bicycle Network.
Post Reply
6 posts • Page 1 of 1

Detectives from Major Collision Investigation Unit are investigating the circumstances surrounding a fatal hit and run collision which occurred in Beaumaris this evening.

Investigators have been told a cyclist was struck by a Holden Commodore on Beach Road about 5.25pm.

The yet to be identified female cyclist died at the scene.

The car drove from the scene without stopping but was soon located in Waller Court, Cheltenham.

Investigators have spoken to two women who were travelling in the car but are yet to locate the driver.
Top

General comment on how a bike lane can sometimes make it more dangerous for cyclists.

If you look at where the incident occurred, its where the road architecture has created a narrow/slow point - i.e. keep the cyclists to the left whilst still allowing vehicles to proceed on corner unhindered, of course incompetent and bloody minded drivers will swing wide on corner to minimize speed loss and that's where the cyclists are.

As a cyclist; you'd need to move out of the bike lane on that corner rather than comply, then you'd avoid the idiot move of vehicles squeezing past at speed. Or we'd need some form of protection from the moron factor - painted line aren't that effective. 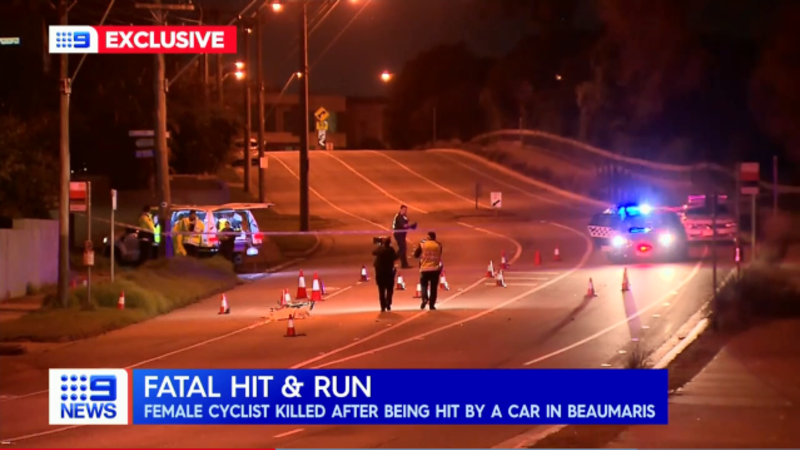 Was it on the "inside" corner (LHS) or the outside corner?
Top

Rider had bright lights, was wearing hi vis / reflective clothing and was in the bike lane according to witnesses.
No excuses here.

A 35-year-old man from Armstrong Creek, in Geelong, was later arrested and has been assisting police.

Beach Road has a renowned cycling-stretch down 17 kilometres of the bayside foreshore, with dedicated cycling lanes.

Nine News reported the woman was wearing reflective gear, had lights on, and was cycling in the bike lane.
Top

Just read this, wow. Very sad and on a road most of ride regularly
Top

The coward can hardly say he didn't know he hit someone.
Top
Post Reply
6 posts • Page 1 of 1

Users browsing this forum: No registered users and 29 guests